Realistic Forces on the Weapon

Weapons protruding from aircraft doors or windows are subjected to varying wind-loading from the airstream that is proportional to the speed of the aircraft in flight and the airstream angle-of-attack on the weapon.

Door gunners must compensate for this varying wind-loading that affects the ease and speed at which gunners can sweep the weapon against the airstream as they keep the weapon on target. Gunners must also adapt as the airstream loads decrease and the weapon forces changes, often suddenly. This wind loading effect is an important requirement for realistic and effective door gunner training.

ACME’s windloading uses an electro-mechanical system driven by internal software that provides variable torque resistance to the weapon mount to replicate airstream loads on the weapon. The system translates aircraft airspeed and the weapon angle of attack on the airstream vector to determine the proper torque applied to the weapon.

The system incorporates an additional motor/gearbox integrated into the azimuth pivot of the mount and driven by an additional electronics drive in the chassis. Still just one chassis to drive the gun. 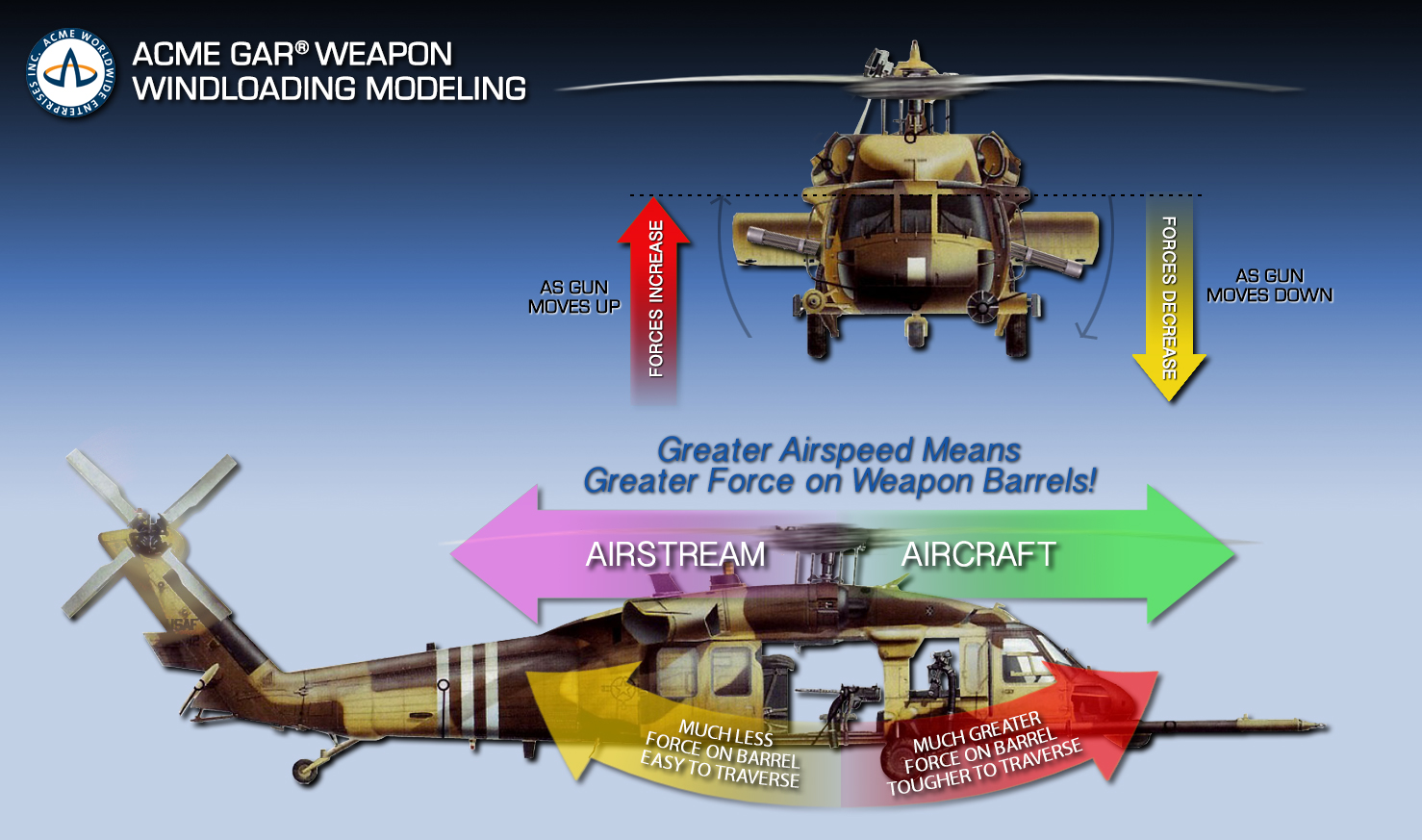